9 Automobiles that made history

A Belgian engineer, J. J, Etienne Lenoir, is said to have built the first automobile with an internal-combustion engine in Paris during May, 1862. The car, which resembled a handsome three-wheeled wagon, ran on hydrocarbon fuel. In 1864, Czar Alexander II of Russia bought one of these pioneer autos and had it shipped by the first national leader in history to own an automobile. In 1881, the czar was assassinated by a bomb thrown by terrorists. In 1905, an intensive search was made for the historic car, but it was never found.

Three brothers, Carl, Heinrich, and Franz Graf, formed a partnership with Josef Hans Stift to produce Austria's first automobile in 1897. It was a brand-new, large Graf Und Stift phaeton, with a four-cylinder engine and the first front-wheel drive-and Austria's heir to the throne, Archduke Franz Ferdinand, rode in it during a visit to Sarajevo, Bosnia. While in this car, Ferdinand was assassinated W.W.I. In the next dozen years, this same car was owned by 15 private parties, and was involved in six major accidents that cost the lives of 13 people. After its last crack-up, in Romania in 1926, the Graf Und Stift was retired to Vienna's Museum of War History, where it may still be seen. 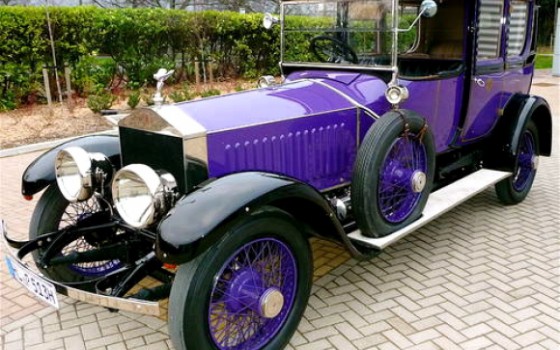 Czar Nicholas II purchased two 1913 Rolls landaulets in Paris and had them shipped to Moscow. Interiors were thickly carpeted, upholstery was pure silk, paneling and fittings were the finest money could buy. The cars were a symbol of everything Bolsheviks hated. Yet, after the revolution, a Soviet comrade also bought a luxurious Rolls-Royce, and had it equipped with skis and half-tracks for travel on Russian snows. The car is still on display in Moscow. Its owner was Vladimir Ilich Ulyanov - better known as Lenin. 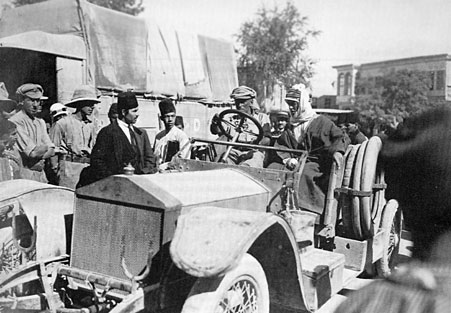 Between 1916 and 1918, when Gen. Edmund Allenby was leading his British forces against a Turkish army in Syria, :Lawrence of Arabia was assigned to lead a force of Arabian nationalist guerrillas in a combined offensive. Lawrence requested a loan of nine Rolls-Royces to be used as his mobile unit, reserving one Rolls for himself. The request was granted. In a single day, riding his own Rolls, accompanied by two others, Lawrence blew up two enemy bridges, captured two Turkish outposts, and then attacked and crushed a Kurdish cavalry regiment. After the war, when Lowell Thomas asked him what one material object on earth he most desired, Lawrence replied, "Perhaps it is childish, but I should like my own Rolls-Royce car with enough tires and petrol to last me all my life". 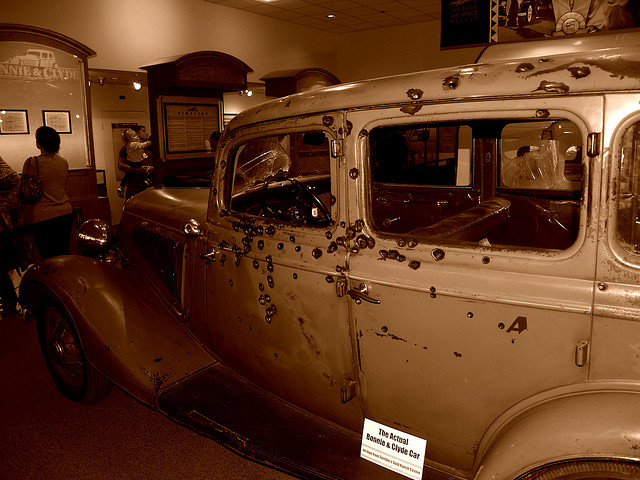 A roof contractor in Topeka, Kans., Jesse Warren, bought a new Ford V-8 with bumper guards and a hot-water heater for $785 in March, 1934. On April 29, 1934, the gray Ford was stolen from Warren's driveway by a pair of outlaws, Bonnie Parker and Clyde Barrow. The fleeing pair drove the Ford 7,500 miles in 23 days before being ambushed by TExas Rangers in Louisiana. Bonnie was hit by 50 bullets, and Clyde by 27. The Ford became famous overnight. 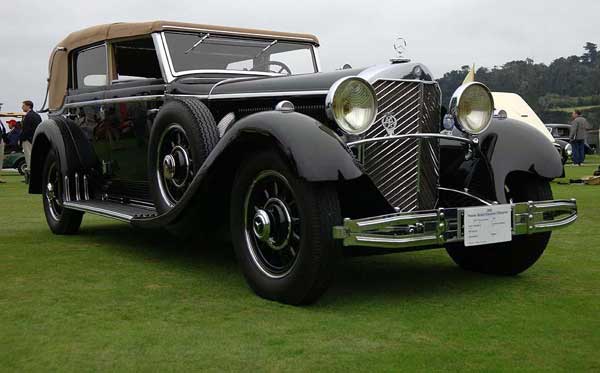 Adolf Hitler had two duplicate 770-K Mercedes-Benz cars in 1941, when he was at his peak as dictator of Germany. Each Mercedes was 20 feet long and weighed 10,000 lbs. Each was also protected by 1.25 in. armor plate and bulletproof glass .5 in. thick. The gas tanks held 51 gallons, and the cars got 3 miles to the gallon. Hitler used the cars in his victory parades, and on inspections of conquered countries in Europe. After his downfall, the cars came to the U.S. Recently, one of these 770-K Mercedes-Benz autos was auctioned off to a Wisconsin car dealer for $141,000. 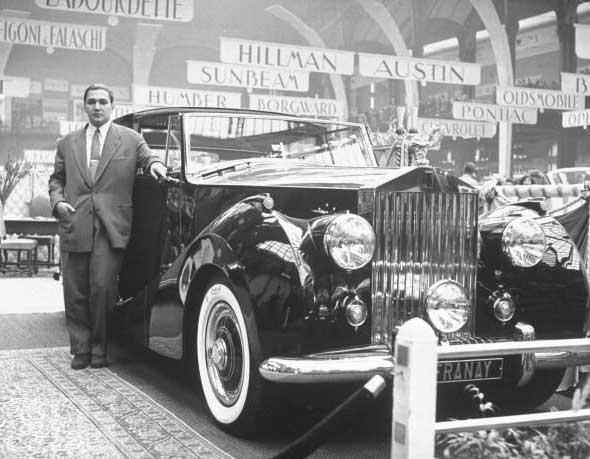 During W.W.II, a dazzling, handmade Rolls-Royce was a pawn in a game of international one-upmanship between Winston Churchill and Franklin D. Roosevelt. When Roosevelt offered King Ibn Saud of Saudi Arabia the magnificent gift of a C-47 airplane, British pride was at stake. Churchill yanked veteran Rolls-Royce experts from the company's warplane engine plant, then ordered a chariot fit for a king. Ibn Saud's limousine was furnished with a throne in the rear, wide enough for the king to sit cross-legged Arabian style. The car was outfitted with siren, searchlights, and extra-wide running boards for bodyguards. The body was a shimmering green, with metallic green leather upholstery and cabinetwork. For the king's ritual Muslim ablutions, the passenger compartment was equipped with a copper water tank and a sterling silver basin which tipped back to empty its contents through a drain in the floor. Other royal accoutrements included powerful radio, alabaster thermos flasks, and a built-in cabinet to brushes and combs. The brushed were made with nylon bristles rather than hog bristles in deference to Ibn Saud's Muslim beliefs. 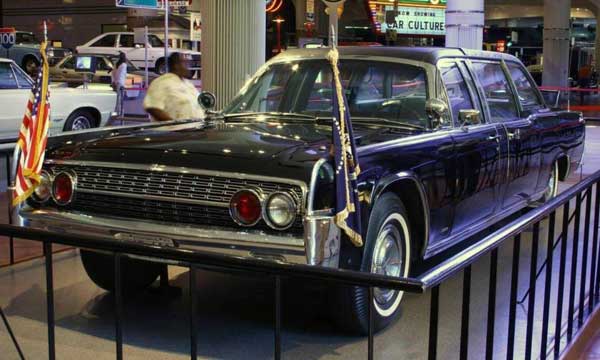 The car was a custom-built limousine designed to hold seven passengers - a chauffeur and Secret Service agent in the front seat, two people in the rear jump seats, and three people in the back leather-covered seat. A lever could make the back seat raise 10.5 in. A bar at the back of the chauffeur's seat could be gripped by the president if he wished to stand up and wave to crowds. On the rear trunk there were metal handles, and stirrups at the back bumper, for Secret Service men to use when the limousine sped up. An accessory was a bubbletop which came in four parts and could cover the Lincoln from the windshield to the rear seat. The bubbletop was not used in Dallas on November 22, 1963. Seated in the back seat, President John F. Kennedy was exposed. As his car passed through Dealey Plaza, shots rang out. The right side of his head was blown off and the interior of the Lincoln Continental was splattered with his brain. The president of the U.S. had been assassinated in his car. The 1961 Lincoln has since been fully equipped with bulletproof glass, protective armor, the latest communication devices, and is part of the U.S. Secret Service's fleet of vehicle.