Gas Prices Around The World

With gas prices constantly rising province of Ontario has finally surpassed $1.00 per litre this weekend. Places like Thunder Bay averaging $1.10 per litre, Toronto at around $1.05 per litre might not bad that bad if you compare it with the rest of the world (see chart below). Note that United Kingdom has already been averaging $1.50/L for quite some time now (same for Denmark, Belgium, Germany, Norway and Netherlands already at $1.70/L).

So where (or when) will this end? Analysts say that it is supposed to "level off" or even drop by the end of the summer (highly unlikable). With our Government getting their 39 % of the gas pie why would anyone even think of slowing down the gas price hike. Bottom line is that the more we pay - more cash flows to our government.

And for those who drive for a living, higher gas prices mean less income for them and their families. Taxi drivers and truck drivers will have to pay a lot more to keep their vehicles rolling.

What can we do for the time being? Rethink our daily driving, lower usage of our cars and start thinking of using public transportation. Small 4 cylinder cars and hybrids are getting way more popular than big, gas juggling SUVs (I would not like to be filling up an 80 litre tank at this moment).

Our predictions are that prices will eventually level off, probably by next year with prices at around $1.30 - $1.40 per litre. So let's all enjoy these "high prices" while they're at $1.00 per litre, it just doesn't look like we will be going back to paying .60 - .70 cents per litre any time soon (if ever), or we could all move to Venezuela (currently at .03 cents per litre). 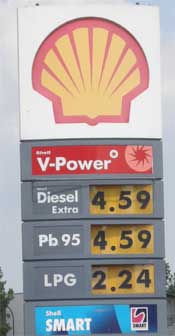 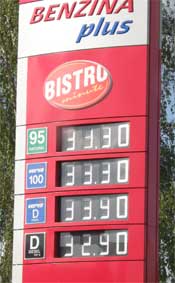 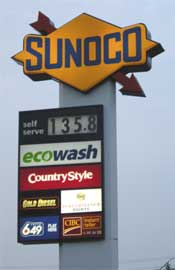 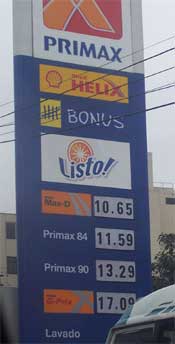 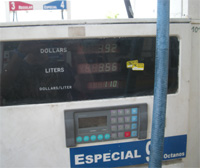 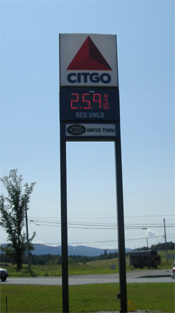 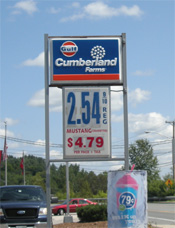 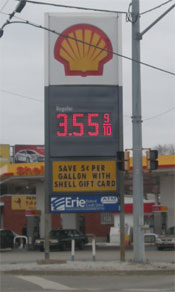 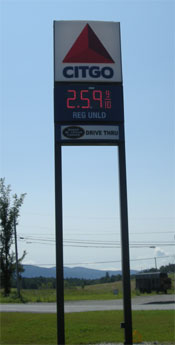 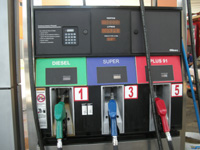 If you have a photo of a gas station in your country
please upload it here. 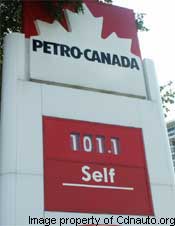 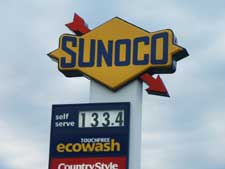